Source Data overview page gives you a brief of every feature available under the source page. You can access the Source section by clicking on Source. 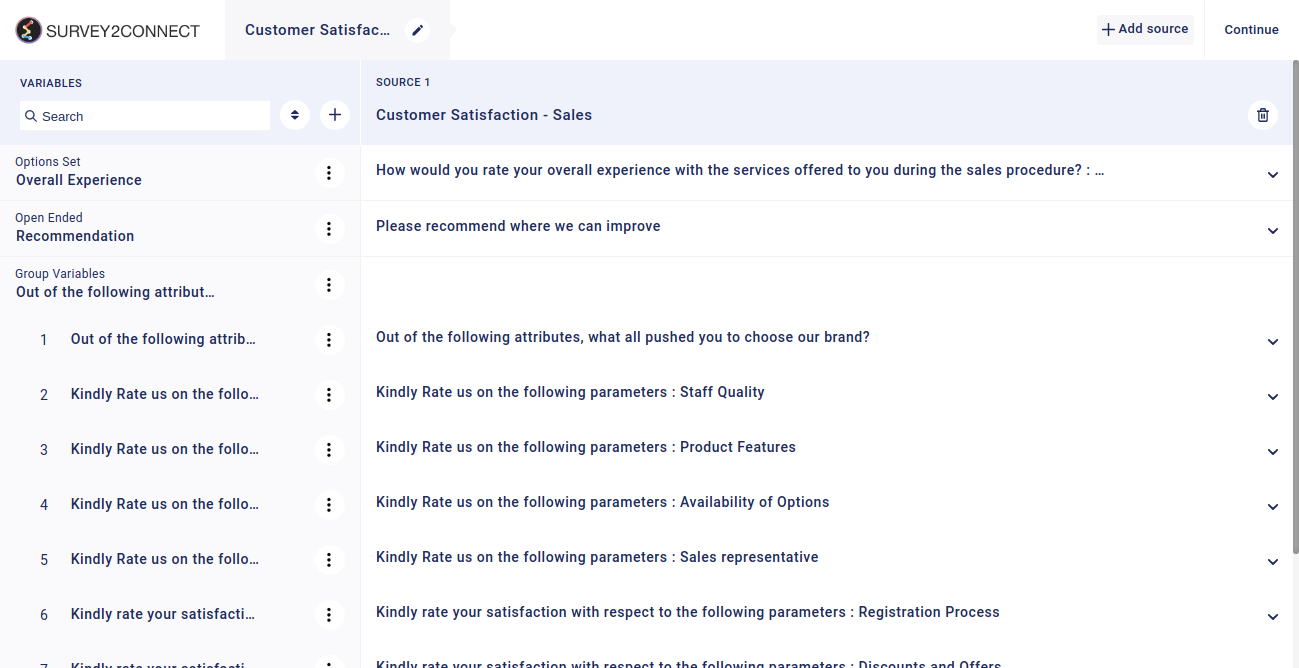 Source data helps you import data for the dashboard. The data you add in the source as variables are the ones used in the Dashboard. 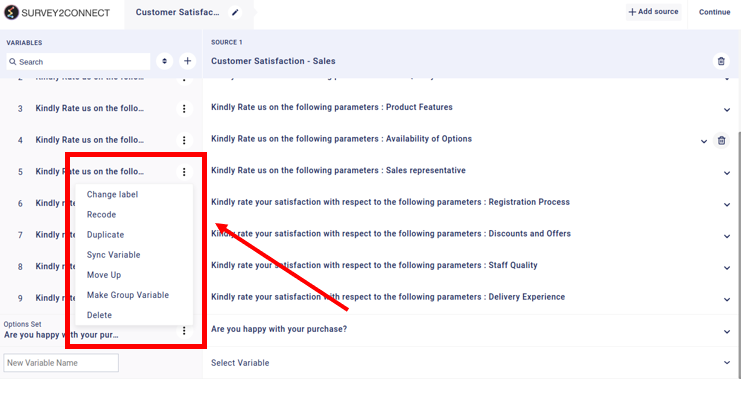 Variables: Data you import from your survey are represented in the form of variables. For example, the question from the survey would be represented as an individual variable.

Source: Each variable you create has a data source, which houses all the data. This is represented as the source.

Change Labels: Every choice-based answer choice is represented by a label. You can change the labels by using this option. Change Label option also allows you to make two answer choices appear similar in analysis using the same labels for both the option. Click here to read more.

Recode: Codes are used to perform mathematical functions on your answer choices by assigning them a mathematical number. Each choice-based answer choice is assigned a code. You can recode them using this option.

Duplicate: This option allows you to duplicate your variable in the source.

Sync Variable: This option is used to sync the variable after you have made changes to them. This option is used when you have added more answer choices to your live survey and you want that to be reflected in the dashboard too. You can use the Sync variable option and it will refresh the data stored in the variable. With Survey2Connect, you get two types of sync. One is Automatic syncing, which runs in the background. The other one is Manual Trigger using the Sync Variable option in the Source.

Move Down: This option is used to move the variable down the order

Move Up: This option is used to move the variable up the order

Make Group Variable: Group variable allows you to group multiple variables together for advanced analysis and data representation in the dashboard. The group variable feature helps you organize your matrix-based question data. Rather than creating individual data set for each row, this feature can group them together under one variable. You can also create your own group variable as per your need. Read more about it here.

Matrix questions allow you to collect responses across multiple parameters compiled in a single question. However, it can be a…

Change Label feature in the source section allows you to change the labels for each of the individual fields/answer choices.…

When you add answer choices to any question, it is assigned a code. These values can be used to perform…

Can't Find What You're Looking For?